A small state in world politics: Iceland’s search for shelter 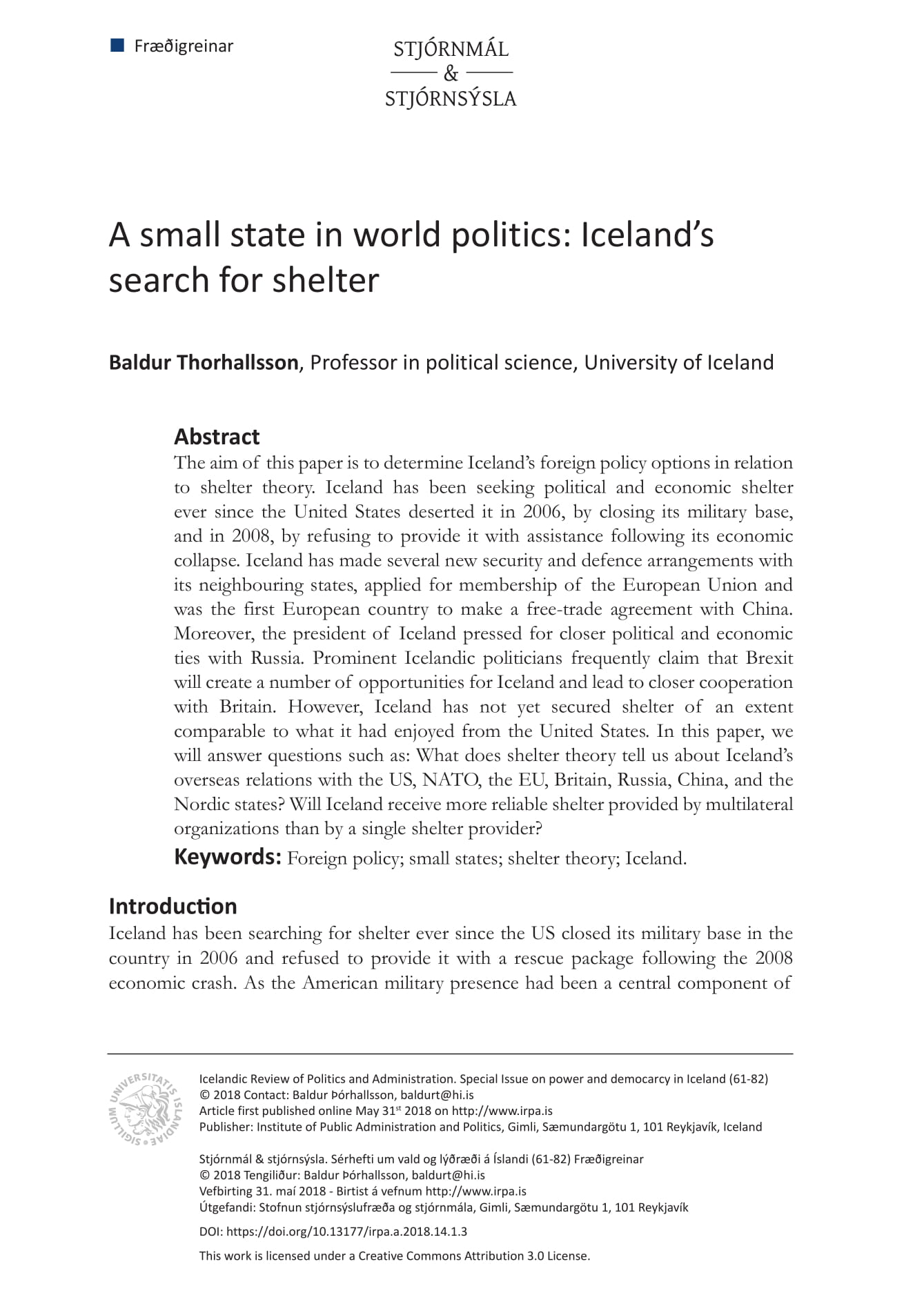 A small state in world politics: Iceland’s search for shelter

The aim of this paper is to determine Iceland’s foreign policy options in relation to shelter theory. Iceland has been seeking political and economic shelter ever since the United States deserted it in 2006, by closing its military base, and in 2008, by refusing to provide it with assistance following its economic collapse. Iceland has made several new security and defence arrangements with its neighbouring states, applied for membership of the European Union and was the first European country to make a free-trade agreement with China. Moreover, the president of Iceland pressed for closer political and economic ties with Russia. Prominent Icelandic politicians frequently claim that Brexit will create a number of opportunities for Iceland and lead to closer cooperation with Britain. However, Iceland has not yet secured shelter of an extent comparable to what it had enjoyed from the United States. In this paper, we will answer questions such as: What does shelter theory tell us about Iceland’s overseas relations with the US, NATO, the EU, Britain, Russia, China, and the Nordic states? Will Iceland receive more reliable shelter provided by multilateral organizations than by a single shelter provider?